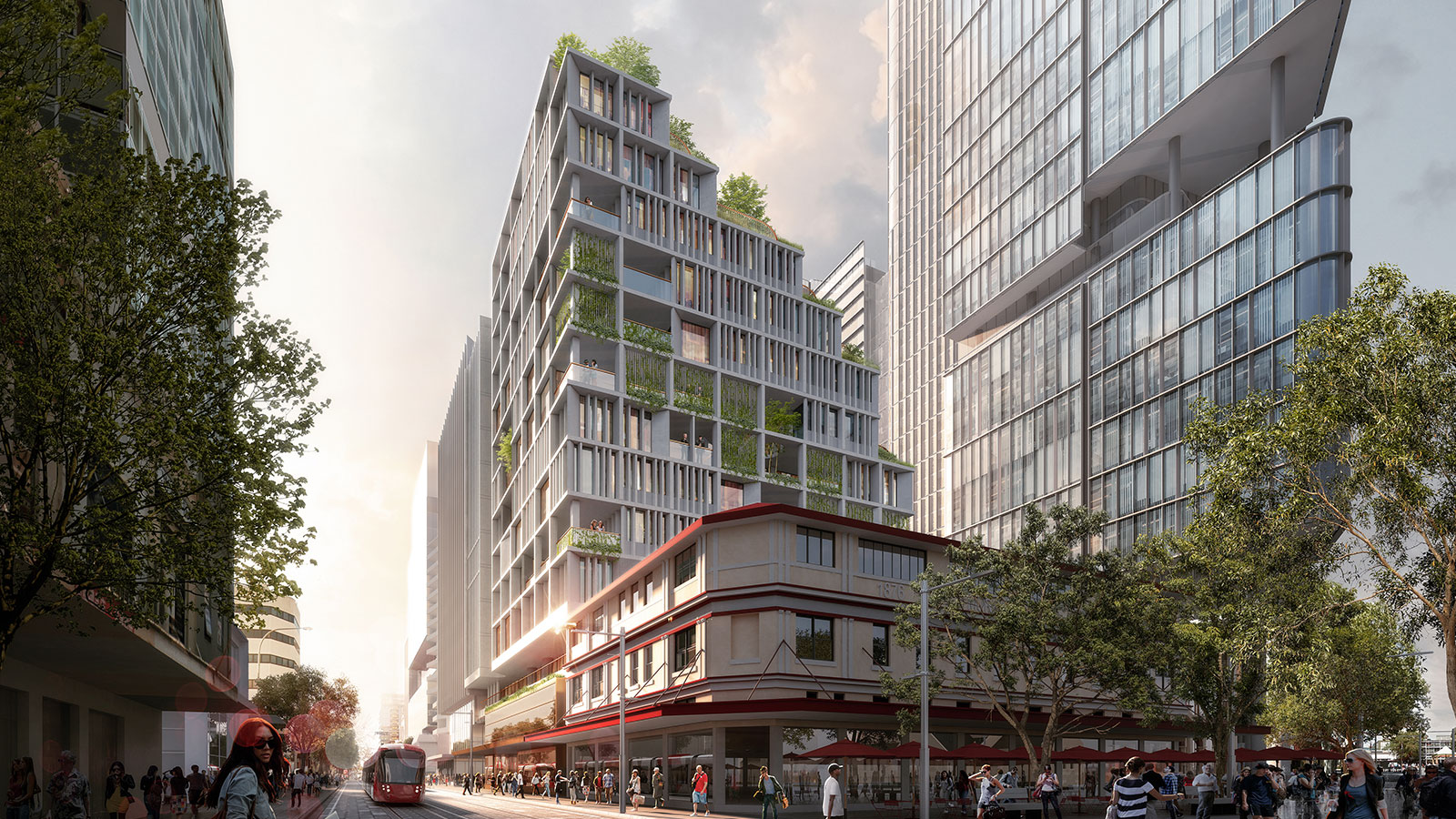 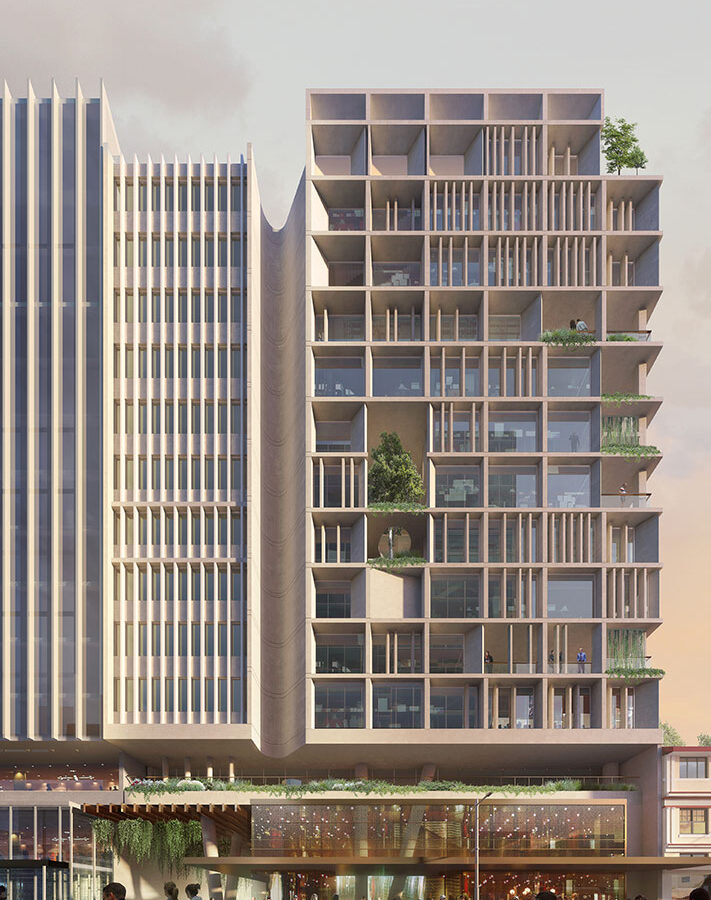 peckvonhartel was one of three architectural practices selected to partake in a design competition for Holdmark Property Group’s site located at 85-97 Macquarie Street Parramatta. The brief required a design solution that emphasised both environmental performance and urban form, along with the imperative to deliver a functional, efficient and desirable commercial building.

The peckvonhartel design solution demonstrated astute commercial intelligence, and at the same time delivering a range of compelling public benefits.

In considering the design concept, key concepts related to the characteristics of a hill presented ideas on which to evolve the project. Using the analogy of the hill, by allowing nature to inhabit and enliven spaces created throughout the building, there would be an environmental and aesthetic benefit. The stepped form of the building delivered the opportunity for a series of rooftop platforms climbing up the hill delivering outlook, views, plants, trees, aspects, and activity.

The building used the device of an expressed exterior grid to provide a mechanism for the intersection of the formal and the ephemeral, allowing the facade to become alive and varied whilst retaining its rigour and clarity. The building would be open on all sides, connect with the streets and lanes and encourage activity and interaction.

The peckvonhartel design was developed in collaboration with Steve Kennedy Associates and a team of consultants including Plaec Laboratory, Wood & Grieve Engineers, Norman Disney Young, Varga Traffic, LIT Consult and Doug and Wolf.